How to Write Better Press Release

1) First Impressions Count Your headline, summary and first paragraph are the first things viewers would notice, so with only a few seconds to capture your readers’ attention, make sure you’re able to clearly convey the main gist of the news. A cursory glance is all it takes to discern whether a piece of news is written professionally. Start strong. Your headline and first paragraph should tell the story. The rest of your press release should provide the detail. You have a matter of seconds to grab your readers’ attention. Do not blow it with a weak opening.

2) Who Are You? Let people know who you are to build the credibility of your release and simultaneously promote your name and brand online. Viewers often empathize more easily if they know that the source of information is human, and not letting viewers know who you are creates an unwanted “distrust” and you may lose the promotional value your press release can provide in the process. 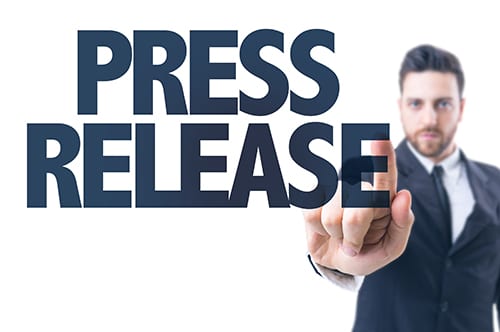 3) Choose the Right Words – Clarity, Concision and Connection If your release contains the typical promotional sales letter hype, slang, excessive exclamation points, jargon or direct address, anyone would be able to tell that it’s more of an advertisement than a factual press release. Generally, the best way to communicate your news is to use plain, simple English that is appropriate for any target audience. Even though some jargon is required to optimize your news release for online search, it greatly limits viewership. A press release is written best when it first takes into account the readers’ interest. It is easy to say too much in a press release. The longer you ramble on the less likely you will be able to hold the attention of the person reading it. Get to the point. Use only enough words to tell your story. The opening paragraph must feature the NEW news. When writing your press release get to what is new and exciting FIRST. Avoid using unnecessary adjectives, flowery language, or redundant expressions. If you can tell your story with fewer words, do it. Wordiness distracts from your story. Make each word count.

Remember, you aren’t writing a poem or a descriptive autobiography of yourself. Keep it clear and concise and get rid of redundant expressions such as “added bonus” or “first time ever.” Most press release sites would only give you the luxury of working with 500 words so you have to make every word count. Also, writing in an active voice brings your press release to life and saves you words. For example, “the car that has been engulfed by a sea of flames” could be drastically toned down to “the ablazed car”. Say more with less and you’ll definitely see better results with your readers and the search engines.

Include a quotable quote, even if you are quoting yourself! Place it inside quotation marks, make it interesting and specify who said it. Some newspapers and magazines will lift the quote directly from your press release and put it in their own article. Quotes can make the press release more interesting.

Your press release should be so clear that the media can use it verbatim. In some cases, for example, such as on a community radio station it may be read word-for-word on-air; or a local newspaper may place it directly in the paper; and so on. Your press release needs, therefore, to include all essential information in a format that is clear and easy to understand. On occasion, media outlets, especially online media, will pick up your press release and run it in their publications with little or no modification. More commonly, journalists will use your press release as a springboard for a larger feature story. In either case, try to develop a story as you would like to have it told. Even if your news is not reprinted verbatim, it may provide an acceptable amount of exposure.

4) Search Engine Optimization Speaking of optimization, some press release distribution sites allows you to upload images, video, links and other features that will capture the attention of your readers and highlight your news. Remember to do on-page SEO such as providing alternate texts for your images and using anchor text and hyperlinks to point readers back to your site to ensure both your website and your important keywords receive simultaneous promotion in your press release.

5) Set Yourself Apart What you may consider newsworthy may not necessarily mean that every viewer would like it. So always ask yourself, “Why should anyone care?” when you write a press release. Good press releases usually have attributes such as timeliness, uniqueness or anything that highlights something truly extraordinary. Avoid clichés and focus on what will set you apart from everyone else. Make sure that your release has a good news hook, relate it to current events, recent studies, trends and social issues if you want your viewers to perceive your press release with relevance, urgency and importance.

6) Modestly Promote Yourself Writers do get carried away accidentally sometimes because when they feel so passionately about a topic, it can sound too much like a sales letter. However, all you need to do is consciously keep in mind that you have to tell the truth, avoid fluff,, hype and exaggerations. If your news sounds too good to be true, it probably is. So tone it down and stick to the facts. A good example would be when your company reached a milestone, celebrated an anniversary, hired a new president, experienced significant growth or received an award . don’t be afraid to tell the world about it. But if you have a new product that will “Absolutely Blow Your Mind!!”, then that should probably be on your sales page, not on a press release.

7) Hook, line and …? Sometimes, some press releases are just that captivating that it leaves you wanting to read more. Your press release could already be like that, so if that’s the case, you definitely need to leverage on it. Always tell readers where they can go to learn more about you or the news that you announce. So once again, anchor texts are very important so make sure to provide links directly to the page on your website where readers can continue their learning process about your news and then act upon it. The whole point of a press release is expose your brand to more people, get them interested and finally perform your desired “call to action” . hook, line and sinker.

8) Use Examples Whether you’re writing a thesis or just a simple report, the best way to provide readers a clearer idea of what you’re talking about is to use examples. For example, you can illustrate how your company or organization solved a problem. Let’s say the problem is air pollution caused by excessive exhaust fumes from cars. The solution that your brand provides would be . catalytic converters that convert harmful gases such as Carbon Monoxide into less harmful gases such as Carbon Dioxide. In the 1970s, this would be a decent enough example to effectively convey the benefits of having catalytic converters for cars. Use examples to show off all the good stuff that your brand has to offer.

9) Proofread This is probably the most important part of writing a press release because you know you’re bound to make mistakes during the process . it’s only natural. What is recommended by most people would be to edit your document on Word or Google Docs instead of directly writing it on the press release submission page, because those were meant for editing and refining your work. For other professional writers, they would write, print it out, proofread and edit again. This cycle continues until you’re finally satisfied and certain that your press release is completely devoid of errors, or at least unnoticeable. The more time you take to do it right, the more attractive your press release would be.

Our team will help your company connect with your audience in exciting and engaging ways. We focus on your success by providing online strategies that work in today’s digital landscape.